If you aren’t familiar with the Denver metropolitan area’s hotel meeting space scene, there is one word that describes it: booming. As a Colorado native and someone who has been following the meetings and events scene closely for the past 14 years as editor of Colorado Meetings + Events magazine, the happenings of the last 5-plus years in The Mile High City, particularly the hotel sector, is nothing short of incredible. I’ll use eight Destination Colorado hotel members who offer meeting space to illustrate my point as well as the diversity of hotel product, uniqueness of new properties and efforts being made to keep existing hotels current and absolutely appealing.

Gaylord Rockies Resort & Convention Center, one of the largest hospitality industry projects to break ground in the United States since 2016, is opening in Aurora on Dec. 18, 2018. A marquee property for Marriott International, the property is only the fifth Gaylord Hotels resort in the nation and is the largest combined resort and convention center in Colorado with 1,501 guest rooms and suites, 486,000 square feet of indoor and outdoor function space, and numerous food and beverage outlets. A large indoor/outdoor aquatic center with slides and a lazy river and the 17-room Relache Spa and Salon are among the many guest amenities.

The 200-room Kimpton Hotel Born, located next to the vibrant Denver Union Station, launched in 2017. Many of the latest hotel additions in Denver like this one are impressive because they are distinct, not cookie-cutter versions of hotels somewhere else. Plus, they have amazing dining options like Citizen Rail, which specializes in rustic wood-fired fare and dry aging its own meats and handles all catering for groups. I also like that local art is being integrated into the looks of these new hotels (even in the closets at Hotel Born!) and lobby spaces are designed to bring people together. Several have upper-floor outdoor spaces with views like the Hotel Born’s Nordic Terrace that can be utilized for receptions, dinners, meeting breaks and even yoga. 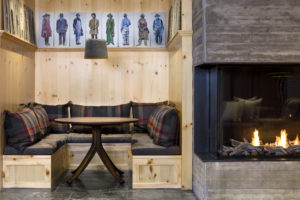 Halcyon, a hotel in Cherry Creek opened its doors in 2016 and also has a dynamite rooftop space in the form of a pool and bar, as well as 6,000 square feet of other meeting and event space that groups can use and 154 guest rooms. It was the first new hotel to open in Denver’s upscale Cherry Creek North neighborhood in a decade and has since been followed by the unveiling of two more boutique hotels, allowing the district to host larger groups than in the past. One of the coolest features is Halcyon’s gear garage, filled with items like bikes, longboards, backpacks, cameras and more for guests to check out and use for exploring the Denver area. 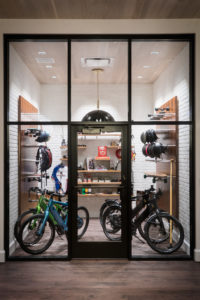 One of my other favorite hotel pool areas that offers a nice outdoor option for groups is at the Omni Interlocken Hotel in Broomfield. It’s good to find a full-fledged resort in a metro area that features two pools, 27 holes of championship golf and five restaurants, along with 390 guest rooms and 40,000 square feet of function space. 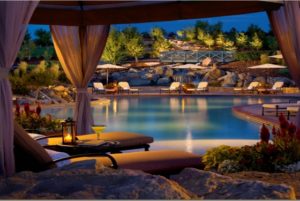 Under the leadership of Resort Executive Chef Paul Polizzi the Omni Interlocken’s culinary program is getting really creative and involves honey and a major garden project. In 2017, four beehives that hold close to a quarter-million bees were installed in a meadow adjacent to the property’s Golf Club, behind Vista Course Hole #3. Now Vista#3 Home Hived Honey is featured in many VIP gifts and is used in the hotel’s pastry shop, main kitchen and as part of team-building activities and banquet displays. The nearby Butterfly Pavilion has helped create a garden design that is in the works and includes a small building so groups can help pick the bounty and cook it with a hotel chef in the garden.

Back downtown, Homewood Suites by Hilton Denver Downtown Convention Center and Hampton Inn and Suites became Colorado’s first dual-brand hotel when it opened in 2013. It was a creative reuse of the former 249,000-square-foot headquarters of Xcel Energy and demonstrates how a lobby can be split between two brands with separate front desks, lodging and dining areas. The dual brand concept also means sharing enhanced communal areas, including meeting rooms, a pool and a fitness center, benefitting both business and leisure travelers. Of the 302 rooms in the 12-story building, 182 are Homewood Suites and 120 are Hampton Inn. 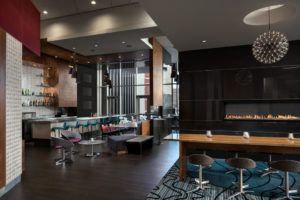 The Ritz-Carlton, Denver is one of several important hotels serving the meetings and events industry that have undergone major upgrades in the last few years. In 2017, the 202-room property completed an extensive renovation of its guest rooms, 13,000 square feet of meeting space, food and beverage outlets, spa and lobby. Opened in 2008 on 14 floors of a 38-story skyscraper, The Ritz-Carlton, Denver introduced five-diamond hospitality to The Mile High City. 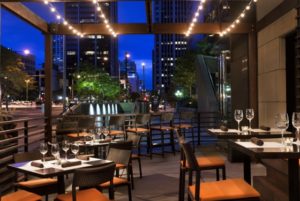 Another recent renovation happened at Renaissance Denver Stapleton Hotel. The results of a $15 million upgrade were unveiled in May 2018. Every area of the hotel has been upgraded, including all 400 guest rooms, 41,000 square feet of meeting space, and public spaces, including the lobby featuring Elevate Lounge. A new restaurant concept, Fifty300, serves American Regional Cuisine with Italian influence and recently won The Best Entrée and People’s Choice awards at the Meetings Industry Council of Colorado’s Serving Up Hope luncheon that benefits Food Bank of the Rockies. 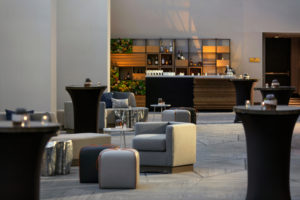 A longtime meetings and events-focused property, The Inverness Hotel and Conference Center in Englewood, joined the Hilton Hotels & Resorts brand in 2017 and completed the next phase in its three-year property improvement plan that year. Hilton Denver Inverness’s new guest-room design came on the heels of a renovation to the hotel’s lobby, entrance, food and beverage outlets and event corridors. A spa, golf course and indoor pool add to the property’s appeal for groups. 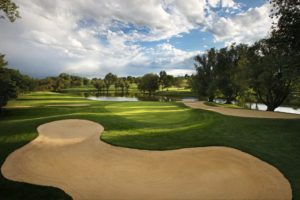 This is just a snapshot of all that’s happening in the Denver area’s hotel meeting space sector. Look for more to come!