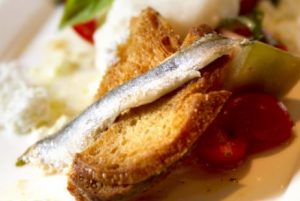 Colorado is a foodie state with an abundance of great restaurants in cities like Boulder and Denver as well as mountain towns like Crested Butte, Durango, Aspen and Steamboat Springs. Colorado’s longtime AAA Five Diamond restaurant, The Penrose Room, is in Colorado Springs at The Broadmoor.

With healthy and tasty eating a priority in a fit state like Colorado, many restaurants are striving to be farm to table as much as possible. The state has a full slate of farmers’ markets that can be built into a group’s schedule, and Grand Junction even has a farmers’ market scavenger hunt that is a fun team-building activity for gatherings that overlap with Thursday evening markets.

A farmers’ market-style reception is a fun way for guests to meet the men and women behind the produce, meats and cheeses used in the various dishes.

Informative and tasty food tours are available in communities like Grand Junction, Vail, Denver, Boulder and Telluride, and groups also can tie into an abundance of festivals focused on food grown locally such as the Palisade Peach Festival and Old Fashioned Corn Roast Festival in Loveland.

Progressive dinners or dine-arounds are possible in the many historic downtowns and urban neighborhood districts across the state, and farms and orchards in Boulder and Delta County on the Western Slope have scheduled or customized farm breakfasts, lunches and dinners. Some farms even offer overnight states and the opportunity to help with chores.

Colorado’s beverage scene has grown tremendously since current Governor John Hickenlooper introduced the first brewpub in the state in 1988 and many craft brewers have followed.  The number of distilleries has grown to more than 50 in less than a decade. Colorado is home to two American Viticultural Areas, a federally given title that helps vintners and consumers identify the source of a wine. Both are in the Grand Valley of Western Colorado near Grand Junction and Palisade, where a large number of vineyards are located. There also are wineries located around the state, even in urban locations like Denver where Infinite Monkey Theorem became a pioneer in canning wine.

The options for food and beverage pairing meals are endless, and innovative chefs across the state are available to work with groups to create sensational menus.